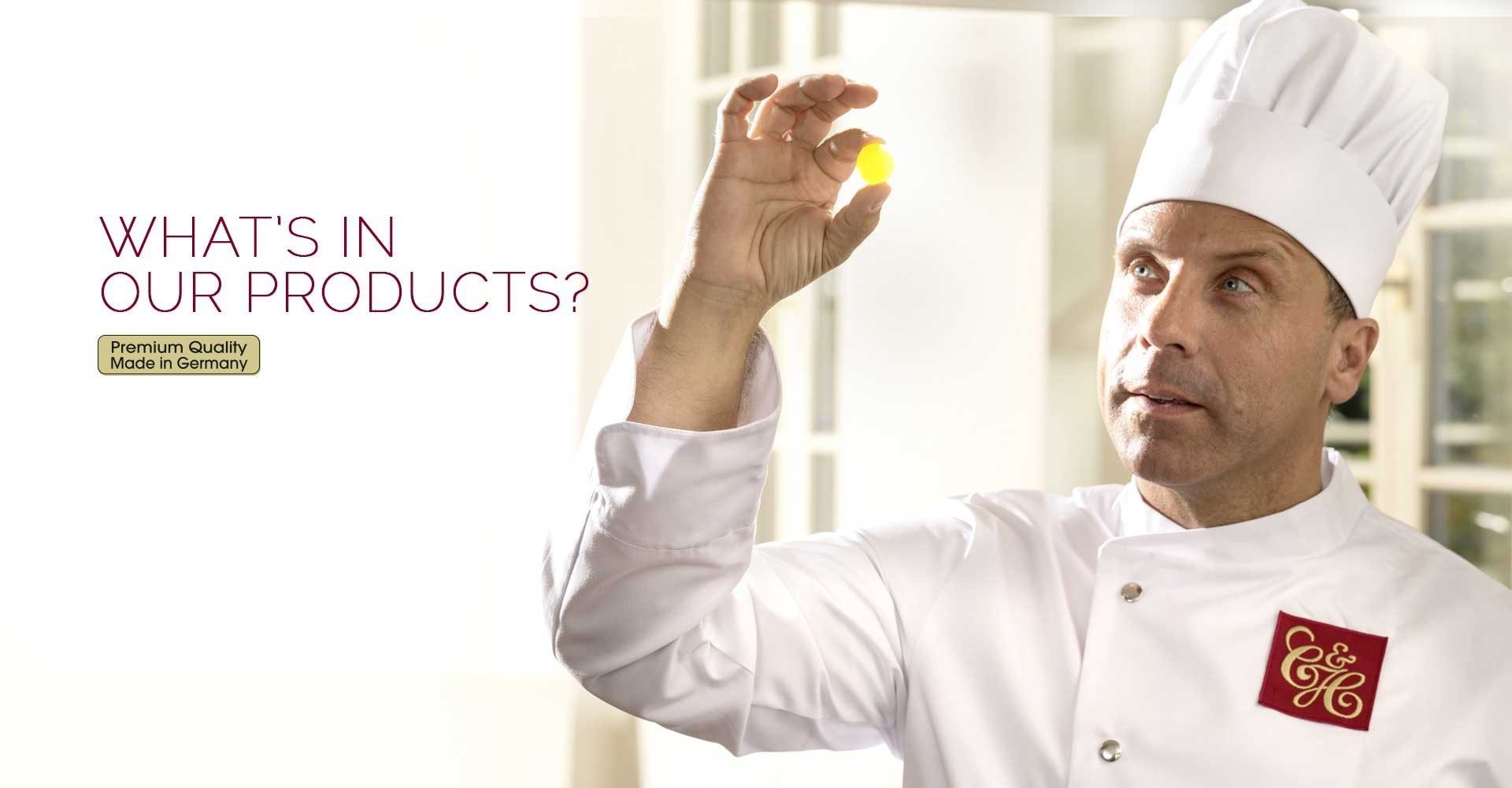 Sugar
Sugar cane, which grows abundantly in the tropics, and sugar beet, native to temperate zones, are the main sources of this ever-popular ingredient.

The sugar used by Cavendish & Harvey Confectionery is obtained from sugar beet cultivated in Germany. The sugar is extracted by boiling the finely chopped sugar beet and cleansed and concentrated by steaming until the sugar crystals develop. The oldest documented records of sugar cane were made in around 8000 BC in Polynesia. The first sugar arrived in Europe as a result of the crusades in around 1100 AD. At the beginning of the sixteenth century, sugar cane was being grown on plantations worldwide and was initially considered to be a luxury item. Sugar was then known as “white gold”. Following the discovery of the sugar content of sugar beet in the seventeenth century, and the creation of the basis for industrial sugar production in the nineteenth century, the world’s first beet sugar factory was built in Silesia in 1801.

Glucose syrup
Glucose syrup is used as an ingredient in many different foodstuffs and drinks. It consists of a thickened solution obtained from the starch of corn, potatoes or wheat. Glucose syrup is not as sweet as sugar.

Icing sugar
Icing sugar is obtained by grinding white sugar into a finer powder. In the last stage of production before tins of Cavendish & Harvey confectionery are sealed, the sweets are dusted with icing sugar so that they don’t stick together.

Citric acid
Citric acid is one of the most common acids in the plant kingdom. When used in sweet production, citric acid has, depending on the amount used, anything from a mildly sour to a refreshingly sour taste.

Ascorbic acid
Ascorbic acid is an organic acid that is easily oxidizable and therefore has an antioxidant effect. It is also known as vitamin C and is used in sweet production to avoid the oxygen-related loss of colour and flavour. Furthermore, health-promoting characteristics are attributed to vitamin C because it is a radical inhibitor.

Flavours
The term “flavours” comes from the Greek and describes the fragrance of the individual chemical compounds used in products such as food. Flavours are mixed from many different aromatizing components and represent a combination of natural and nature-identical components. Flavours play an important role in confectionery production, as they contribute heavily to the general taste of the finished product. Cavendish & Harvey use neither flavour enhancers nor artificial flavours.

Honey
Honey is a viscous or pasty substance that bees obtain from the nectar of flowers. Bees remove the sweet sap from living plants, enrich it with materials from their own bodies and store it in honeycombs to let it mature. Since honey has a very high fructose and dextrose content, it tastes very sweet. In ancient Egypt, honey was known as the “meal of the gods” and was considered to be a source of immortality.

Condensed milk
Milk is condensed in order to improve its shelf life. Through heating, up to 70% of the water can be extracted from milk. Condensed milk has a fat content of approximately 4 – 10% and is suitable for hot beverages and sweet foods due to their consistency. Suitable for the preparation of sauces and spreads.

Concentrated butter
Concentrated or clarified butter is made by extracting water, milk protein and lactose from butter and therefore has a longer shelf life than butter.

Isomalt
Isomalt is a sugar substitute made exclusively from beet sugar that tastes as naturally sweet as sugar. In a quantity ratio of 1:1, Isomalt can provide the same level of sweetness as sugar, but with 50% fewer calories. Moreover, Isomalt is tooth friendly and suitable for diabetics.

Acesulfame K
Acesulfame K is a synthetic sweetener. It is 200 times sweeter than sugar and contains no calories, as the body can release it in an unaltered form. As acesulfame K does not cause tooth decay, it is often used in toothpaste.