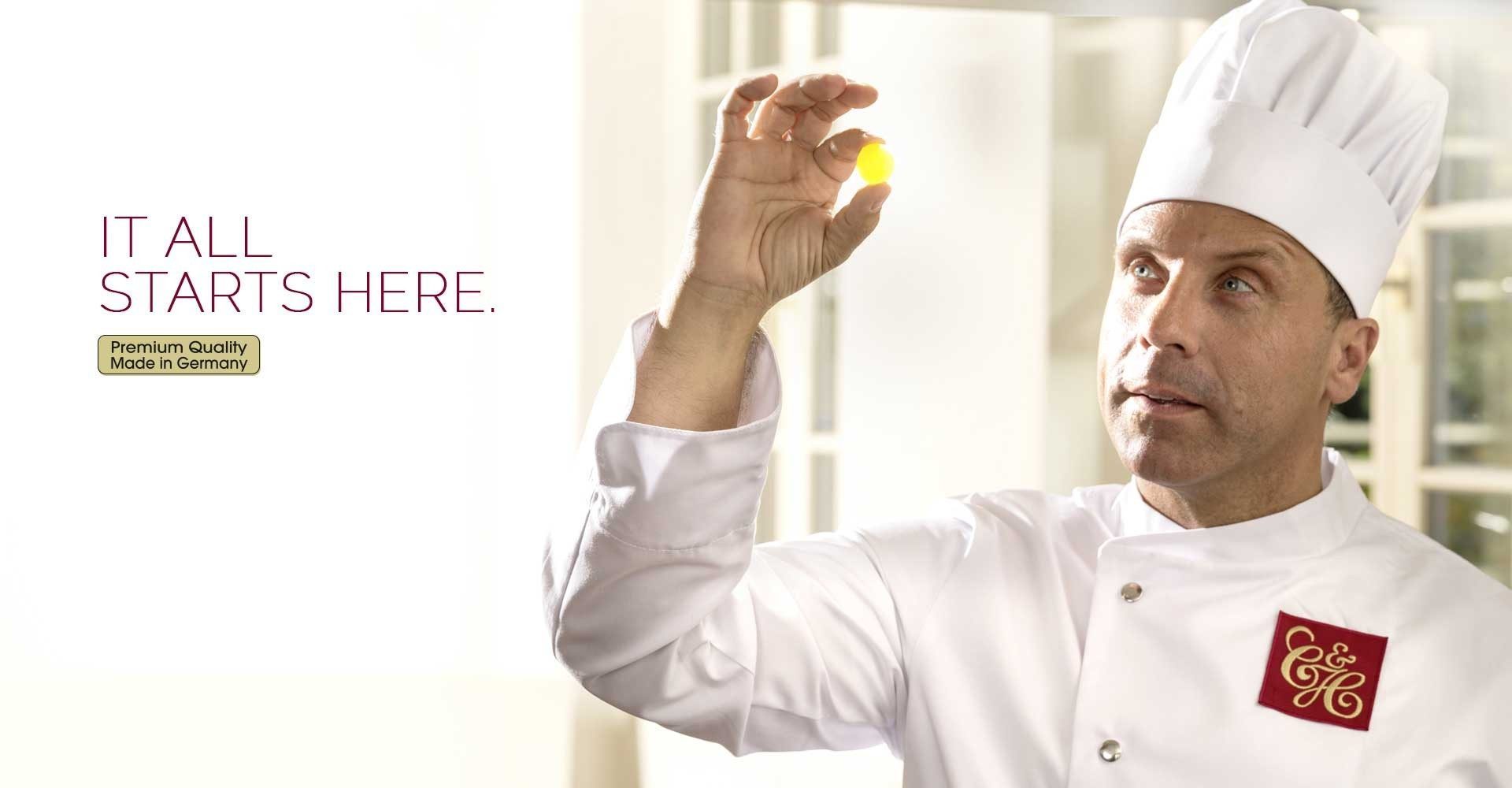 HACCP
Based on the simple notion that prevention is better than cure, the HACCP (Hazard Analysis Critical Control Point) is a proactive process control system to ensure food quality. The system consists of:

We maintain an HACCP system that has been constructed in accordance with the Codex Alimentarius. Therein, we commit ourselves to avoiding the use of all genetically modified organisms, and of raw materials that have been made with the help of genetically modified microorganisms. Supplying our consumers with high quality products and the highest level of enjoyment stands at the core of our efforts.

Koscher
The Jewish dietary laws are based on the laws of the Torah. Kosher means “proper” or “pure” and when applied to food, it indicates that an item is fit for consumption according to Jewish Law. To be certified kosher, all ingredients in every product – and the process of preparing the product – must be certified as kosher compliant.

A rabbi appraises the Cavendish & Harvey production process and the ingredients used to manufacture our confectionery once a year. Thereafter we are issued with kosher certification.

According to Jewish law, Cavendish & Harvey Confectionery may be consumed.

Halal
In Islam, halal is an Arabic term meaning “lawful or permissible” and not only encompasses food and drink, but all matters of daily life. The opposite of halal is haram, which means unlawful or prohibited.

The Cavendish & Harvey production process and the ingredients used to manufacture our confectionery were appraised for the first time in 2015 and subsequently issued with halal certification.

According to Islamic Sharia law, Cavendish & Harvey Confectionery may be consumed.